Prices and stock may differ due to devaluation of Pkr and Global chip shortage, however we will confirm the current prices and stock on order confirmation call
Menu

View cart “Panasonic S1 (Body Only)” has been added to your cart.
In Stock 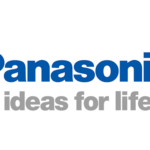 the Lumix s1 was first launched in 2019 and the legacy of Panasonic’s remains intact. The body design of the Panasonic s1 caught the eye of people as it was the first of its type. the S1’s design is the weather sealing and general ruggedness of its materials. Granted, this is not a feature unique to Panasonic, as most pro cameras are built to endure, but the Lumix S1 feels rigid, dense, and resilient in a way that really reassures me about its long-term durability.Panasonic, Leica, and Sigma held a joint press conference to announce their L-Mount Alliance. Uniting around Leica’s existing lens mount, the trio made a commitment to rapidly flesh out a new ecosystem of lenses for full-frame mirrorless cameras.

Featuring a full-frame 24.2MP MOS sensor, along with an updated Venus Engine, the Panasonic S1’s imaging capabilities have been optimized for high sensitivity, a wide dynamic range, and flexible recording modes. The sensor and processor incorporate Multi pixel Luminance Generation and Intelligent Detail Processing technologies, which help to produce high resolution and definition by suppressing color moiré, and Color Control further enhances color reproduction, especially in the highlights and shadows. The Venus Engine’s processing power also helps to suppress noise levels throughout the sensitivity range, from ISO 100-51200, and yield fast full-resolution continuous shooting speeds up to 9 fps with AF-S or 6 fps with AF-C, for more than 90 consecutive raw files.
https://www.theverge.com/2019/6/18/18681667/lumix-s1-review-mirrorless-full-frame-camera

For every kind of photographer, there's a Panasonic LUMIX camera to match. Point-and-shoots with pro-quality imaging and WiFi. Tough, all-season adventure cameras for action addicts who love to share. And LUMIX DSLMs for pro-photo performance with 4K cinematic video for serious hybrid photography fun.Panasonic camera prices in pakistan. Lumix is Panasonic's brand of digital cameras, ranging from pocket point-and-shoot models to digital SLRs. Compact digital cameras DMC-LC5[1] and DMC-F7[2] were the first products of the Lumix series, released in 2001. Most Lumix cameras use differing releases of the Panasonic Venus Engine for digital image processing; the original version (2002) was followed by II (2004), Plus (2005), III (2006), IV (2008), HD, V (2009) and VI, HD II, FHD (2010). Some Lumix models are branded with Leica lenses (e.g. Nocticron or Elmarit lenses), although Leica does not manufacture the lenses. Others are rebranded as Leica cameras with different cosmetic stylings. Panasonic showed a prototype of a planned 3D Lumix camera in September 2011,[3] saying that it would have twin 4x zoom lenses with folding optics and optical image stabilization for both video and still images.[3] Panasonic collaborated with Sigma and Leica to form the L-mount Alliance on 25 September 2018, and licence the L-mount system for their own lines of lenses and cameras.[4] in 2019 Panasonic announced the release of its new S-series line of mirrorless cameras.

2 reviews for Panasonic S1 (Body Only) 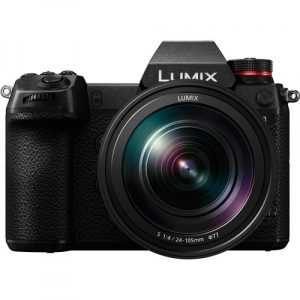