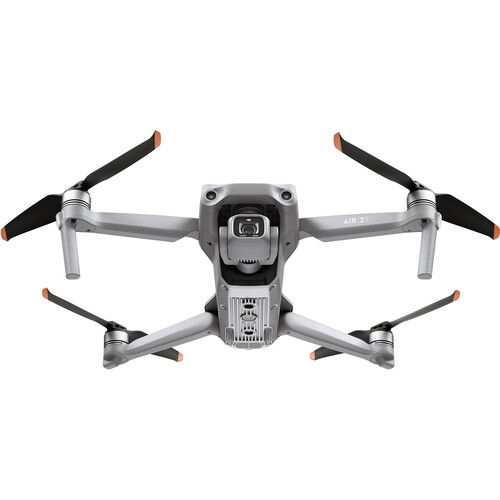 These are the best drones for aerial photography and videography, both for cameras and flight controls.

Drones have equal appeal for amateur photographers and filmmakers, offering a unique view of the world never before possible. Intelligent flight controls make drones far easier to fly than any regular aircraft as they are almost foolproof by comparison. Perhaps the greater difficulty is navigating the various drone regulations in different territories, particular around commercial filming.

In USA, Europe and China any aircraft over 250g (8.8oz) is subject to a compulsory registration scheme (and since the start of 2021 in the UK the rules now apply to any flying camera, whatever the weight). And even if you’re just a recreational drone pilot, new regulations from the FAA in the United States require you to take a TRUST test in order to get a certificate you may be required to show officials.

The best drones have evolved greatly since the first ready-to-fly model went on sale ten years ago. Every drone on this list  has a camera supported by a powered gimbal, which counteracts the vibration from the propellers and changes in direction by the aircraft. Sensor size is still an issue for photographers, but there are different options depending on your needs. In general, the bigger the sensor, the better the low-light performance.

Piloting has also become partly optional; Tesla-like A.I. is making collision avoidance, object tracking, and automatic quick shots a common feature. The skydio 2 with 45-megapixels of cameras devoted to its artificial brain, promises to be the most intelligent of them all though is still almost impossible to find in the shops.

Some drones still lack a full set of smart flying features (even if fitted with landing sensors). You need to remember not all drones can see obstacles in every direction – even if they fly in any direction! Nevertheless to make this list, drones feature technology allowing them to hover in place, so photographers can view using them as more as like positioning a tripod without legs than going to pilot school.

To come, we are also expecting Sony to arrive with its first Airpeak drone, whilst Ring is promising a home security camera that flies around to keep an eye on your possessions.

With 8K video, this might be more than you need!

A brilliant camera in a quality package

The best drone for the beginner is DJI Mini 2

What to look out for in a drone

GPS:
Toy drones generally don’t feature GPS, but if you’re composing photos it’s nigh-on essential. The positioning technology was developed with guided missiles in mind, so ideal for drones. Unlike a missile, though, the aim is to stay very much in the same place, rather than be pushed away by the breeze. Not only is piloting easier, but it enables automatic return to the take-off point should the drone lose contact with the pilot, a useful backup.

Controller:
Not all controllers are created equal. Most feature the twin sticks but at the lower end they’ll use standard Wi-Fi with a range of around 100m control and video feedback with a clear line of sight. Higher-end drones make use of proprietary radio systems, like DJI’s Lightbridge, with a range of 4000m (2.2 miles), support for master & slave controllers (enabling separate pilot & camera operator) and first-person-view goggles.

Camera & gimbal:
Like any camera, sensor size and megapixels matter, but so too does the means of vibration reduction. At the lower end, cushioning or some kind of digital image stabilization works, but the best systems used motorised gimbals to steady and level the camera on 2- or 3-axis.

Battery:
Battery capacity is the key limit in flying drones. Higher capacities don’t always make for longer flight times since overall weight (not least the battery’s) and efficiency are a factor. The much more useful measure is simply minutes of flight time. Lithium batteries store a lot of power, but “Intelligent Batteries” are safer and include built in monitors so you can easily check their charge.

The App:
The quality of the manufacturer’s free app is a big part of the experience, since many features, especially on higher-end drones, will require you to dig down through menus. Taking the camera beyond auto is certainly done this way. Cunning developers have also found ways using the drones sensors and the app’s processing abilities to create easier flying modes and awesome visual effects like DJI’s Tiny Planet selfie clip, just one of the “Quickshot” options.