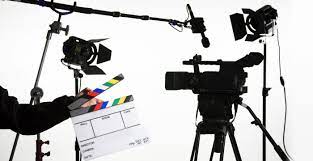 A filmmaker, or film director, is someone who is in charge of making, leading, and developing movie productions. It is a career that allows an individual to use their leadership as well as creative thinking skills to lead and direct major motion pictures or made-for-television films.

A filmmaker spends very long hours making sure the film is being shot in a way that will provide entertainment for the audience and will highlight the actor’s and actresses’ strengths. They will see each film through, from where the film is shot, to how the script will be played out, to what actors and actresses best fit the roles of the characters. The filmmaker also manages the financial end of the production.

Eligibility to become Filmmaker in Pakistan

Candidates who are motivated and have a strong passion for films, theatre and arts can get into the film industry either through talent or by the means of formal education. Aspiring directors/producers can gain experience by assisting renowned directors or by joining school production.

Some producers assist in production houses to build a career. Apart from this a bachelor’s degree in fine arts can enhance one’s knowledge and increase their skill set. Depending upon one’s career interest one can go for a bachelor’s degree or for MFA degree courses.

Music directors and dance directors can join some dance or music school to get some formal training in their field. With the increasing competition, formal training along with talent will help improve their skills which will ultimately increase their employability.

There is no end to the number of job roles available for the filmmaker. Moreover, It totally depends upon one’s career interest, personal choice and ability to opt for a career. Some people enjoy the limelight and creative sight, therefore, opt for careers such as actors, producers, directors etc. Whereas some of them like working behind the scenes like cameraman, technicians. Check out some of the popular film industry job profiles here:

Casting Director:  They are the professionals in the film industry who gather a number of actors for a given role in a film. Their role is just not limited to this, as it is necessary for them to stay in close contact with the producer, director, and writer to understand and get an idea of the type of person a given role calls for. As a casting director, it is your responsibility to meet with individuals and shortlist and select the best candidates suitable for the role. They are one of the most important people as they help identify the right actors for the right role which is the basic need of any film. They say- A foundation of a great film is a great actor.

Dancing Director/Choreographer:  They are responsible to oversee the production of a dance performance in the film. Their job is to hire dancers, choreographers, run rehearsals, choreograph a song etc. No formal education is required in the respective field but with increasing competition, some formal training or a bachelor’s degree in the same can help one establish their career.

Film Director: They are referred to as the godfather of the film as it is their vision or creative that gets made into a film. Film directors are responsible for multiple job roles, from hiring talents, selecting a script to manage the work of crew and casts, to oversee the work of costume designers to actors to makeup artists. There is a lot taken care by film directors. Rather than a formal degree in this field, a film director must have creativity, interpersonal skills, communication skills and critical thinking to excel in this field.

Film Producer: A film producer is a person who oversees the production of the film. Their main job is to arrange finances for the film. They are with the film from its start once accepted, they secure funding and resources for creating the film.They work with directors and production staff to plan and schedule the filming of the movie. After filming is complete, the producer works with the post-production crew to polish the film. The final stages include screening the movie with test audiences, developing a promotional campaign with advertising and marketing firms, and creating a business plan for distribution is what a film producer does.

Music Director: Their job role is to select music to perform, arrange performances and work with musicians as per the needs of the films. They lead rehearsals and performances. They are often also responsible for many of the administrative details of leading the musical group. Music Directors work closely with directors and producers to understand the demand of the film and deliver as per the same.

Theatre Director: Theatre directors are responsible for many aspects of staging a play, from casting to costumes to performances. They have an extensive knowledge of different, plays, their background, histories etc. Theatre directors who have a bachelor’s degree in the field like literature, history, have an edge over those who don’t

There are no specific salaries or pay packages in the film industry. Well known and renowned music directors, directors, producers, casting directors make a lot of money as compared to the one who has just started their careers.

There are no such books which can help you build a career as a filmmaker. However, reading inspirational books, histories, plays can enhance the knowledge of film directors and theatre directors. Filmmaking is a career where you learn more by doing practical work or by assisting some director or producer as it provides you with the exposure and experience which is the most needed in this field.

Pros of becoming a Filmmaker

Cons of becoming a Filmmaker