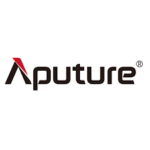 Aputure Light Storm LS 1c LED Light with V-Mount Battery Plate Price & SpecsVariable Color Temperature: 3200-5500K1536 Individual LEDsBeam Angle: 45°CRI: 95Aputure Light Storm LS 1c LED Light with V-Mount Battery Plate OverviewA sleek LED panel with a CRI of 95 and beam angle of 45°, the Light Storm LS 1c from Aputure includes the LED fixture along with a dedicated controller box that accepts V-Mount type batteries.. Aside from providing power to the unit, the included controller box also enables wireless dimming control using the included remote. Four groups and three channels can be employed for quickly switching between different looks.The Light Storm LS 1c features a slim and durable aluminum alloy housing along with a manual yoke for versatile positioning. A four-way barndoor set offers greater control over the light and ten sheets of included diffusion paper also helps to produce an even, diffuse quality of light. The light control separation design, afforded by the controller box, also maintains a low center of gravity for easier placement of the fixture and easier switching of batteries during use.FeaturesThe light’s design incorporates 1536 individual LEDs to produce a beam angle of 45° along with a CRI of 95.Variable color temperature control for tungsten to daylight, 3200-5500K tuning.Included wireless controller box features a battery plate that accepts Sony V-Mount type batteries for convenient, portable power. An AC/DC cable is also included for AC power.The controller box, which features two 90° antennas, also permits wireless dimming and color tuning control using the included 2.4 GHz remote. Four groups and three channels are also available.DMX512 protocol is also supported for wireless control.Aluminum alloy construction is both durable and sleek for use in a variety of conditions.Manual yoke allows for variable positioning. Additionally, a four-way barndoor set is incorporated into the design for further control over the beam.Ten sheets of acid-free, smooth surface diffusion paper is included to broaden the light quality, reduce the output to 85%, and provide an effective 180° beam angle.A LEMO-style connector is used between the controller box and light fixture for convenient, one-handed installation and removal of the included connection cable.Photometrics2,323 fc/ 25,000 lux at 1.6′ / 50 cm697 fc / 7,500 lux at 3.3′ / 1 m

Aputure was founded in 2005 by a team of inspired filmmakers and videographers who wanted to create high quality content, but struggled with the steep cost of equipment needed to do so. Determined to create professional-grade equipment at an affordable price, they started Aputure: the first company to provide truly affordable and professional cinema equipment with the quality and functions needed to fully realize any creative vision. Today, Aputure sells globally with offices in North America, South America, Europe and Asia. It is one of the fastest growing cinema technology companies, designing and specializing in high-end cinematic LED lighting solutions. As a part of the creative community, Aputure continues to develop for the ever-expanding needs of budding artists and professionals alike. Each member of the A-team has felt the burning desire to bring a creative vision to life at all costs. We’re here to keep that re alive. Aputure has been leading the market since quite an years now, it has primarily targetted the indie film makers which has increased the use of aputure's light in documenteries, Tvcs, short films and ads etc. 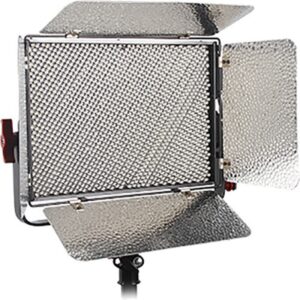