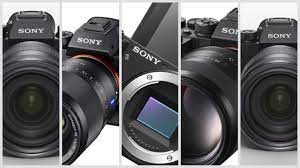 Over the last few years, Sony has mounted a strong challenge to the dominant duo of Canon and Nikon, overtaking Nikon to become the number two player. The best Sony cameras come in all shapes and sizes, from high-speed sports shooters to high-resolution mirrorless models, to highly compact pocket cameras. So the best one is ultimately the one that’s right for you and your needs!

They’ve largely achieved this success by concentrating on the more premium, higher end of each market – whether that be full-frame, APS-C or compact – and delivering the most high-tech product that they possibly can at that time.

This is a common trait that applies to all of the Sony cameras in this list, from the breath-taking new Alpha 1 full-frame mirrorless to the excellent A6100 APS-C model, to the niche Cyber-shot RX0 II action camera.

Here’s our list of the best Sony cameras that you can buy in 2021:

Sony don’t make DSLR cameras, unlike their main rivals, Nikon and Canon, instead choosing to concentrate on developing an extensive range of Alpha-branded full-frame mirrorless cameras.

This has resulted in them being the number one full-frame mirrorless camera manufacturer for a long time now, although they’ve recently faced some stiff competition from the likes of Canon’s EOS R system and Nikon’s Z-series.

Sony make a full-frame camera for seemingly every market niche – the A7R for landscapes, A9 for sports, A7S for video, A7 for all-round, and the A7C as a super-compact option.

And in January 2021 they launched the flagship Alpha 1, a stunning camera that takes all the best features from the other Alpha series models and combines them into one 8K, 50 megapixel monster.

As cheaper compact cameras have declined in popularity over the last few years, Sony have switched tack to making the best possible compacts instead, whether they be for recording video, stills, action, or wildlife.

The cream of the Cyber-shot crop are are undoubtedly expensive compared to their main rivals, but they are also invariably the best in their particular class.

Whether it be the ZV-1 for vloggers, RX10 IV for wildlife, RX100 IV for all-round use , or the RX0 II for action, they all share one thing in common – to try to be the absolute best that they can.

A selection of the Sony cameras tested for this article.

If you want a short version of the reviews below, here are my recommendations of what Sony camera body to invest in:

Want the best resolution and image quality? Get the Sony a7RIII or the latest Sony a7RIV – the 42.4 (or 61!) megapixels files will leave your jaw on the floor.

Want the best AF performance of any camera on the market? Get the Sony a9. Any shots you miss will definitely just be user-error!

Want the best full frame performance out of the smallest body? Get the Sony RX1R II, which also happens to be the most tactile, involved and enjoyable Sony camera I’ve ever shot with.

Want the best all-round mirrorless interchangeable lens camera of the year? Get the Sony a7III – incredible performance with an attractive price to match.

Want the best APS-C sensor performance? Get the Sony a6400, which has the added benefit of a front-facing screen for vlogging/selfies.

Want the best performing compact that fits in your pocket? Get the Sony RX100 VI, a compact marvel with a wide angle to long range zoom lens.

What Sony camera is the best?

When it comes to Sony cameras, our number one pick is the Sony a7III. The a7III is a near-to-perfect full frame mirrorless camera that’s versatile, sharp, and packs an impressive number of features for its price.

Which Sony camera is best for video?

There are a number of Sony cameras that are great for video. One of our favourites is the Sony a9, which offers 4k video and a set of powerful video-shooting features.

Is Sony a good camera brand?

There’s no denying that Sony have some of the best mirrorless cameras on the market today. While Sony may not have as many lenses or accessories on offer as other brands, they are continually expanding their range and the quality of their products is impressive.

What are the Sony Alpha cameras?

Sony Alpha is a camera system introduced by the company back in 2006. In this range are a number of interchangeable-lens cameras, including DSLRs and mirrorless cameras.