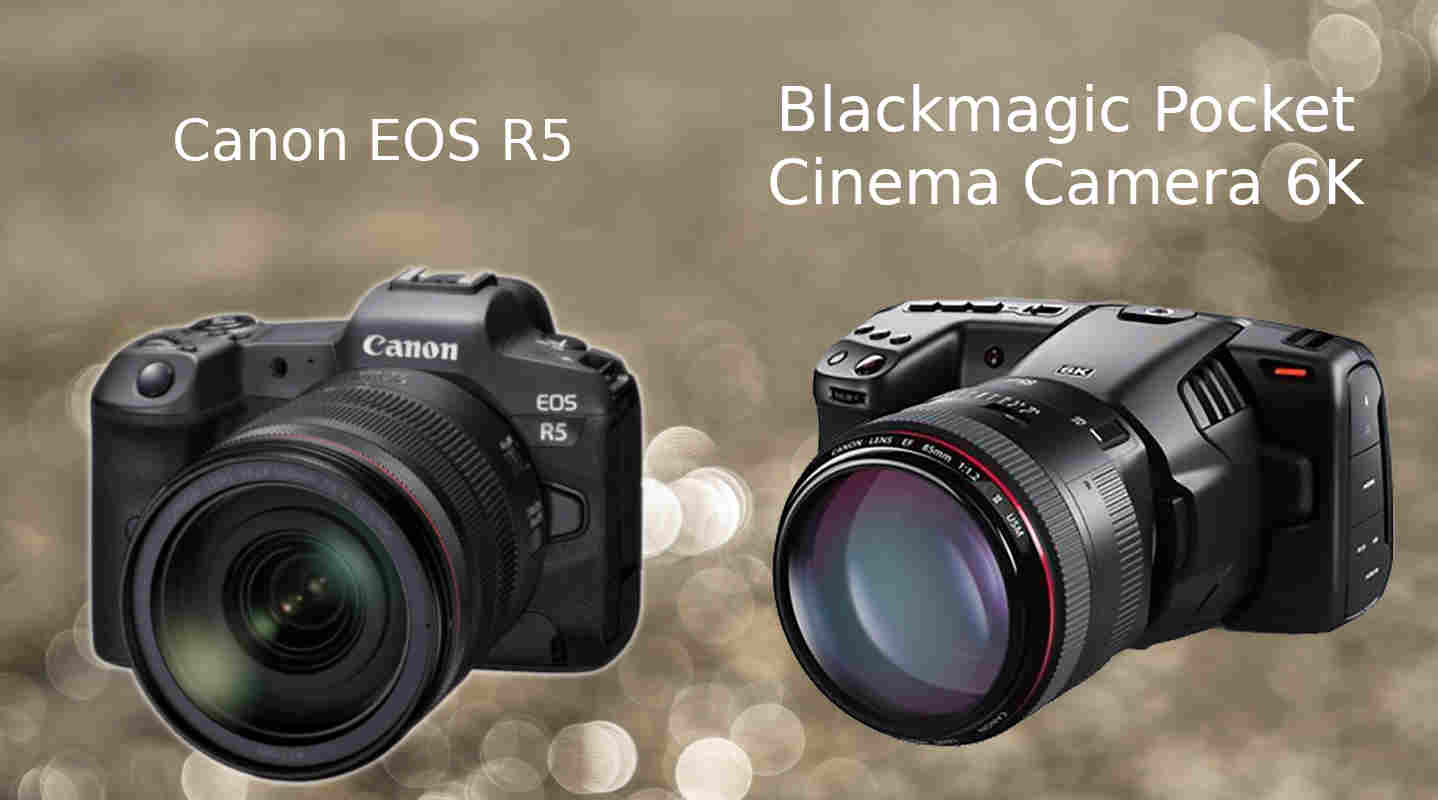 the Canon EOS R5 costs a lot more than the Blackmagic BMPCC 6K camera. The price difference seems justifiable as EOS R5 offers features that were once exclusive to high-end cinema cameras.

Although Canon R5 can record 8K RAW videos, note that it can only reach a frame rate of up to 30fps with that resolution. At 4K, it can shoot 10-bit 4:2:2 videos at up to 120 fps and that too internally, that’s pretty impressive. BMPCC 6K on the other hand is capable of recording 6K RAW videos up to 60 fps. So at 6K resolution, you’re getting better frame rates with Blackmagic BMPCC 6K than Canon EOS R5. But don’t forget the difference in sensor size, format, and image processor.

BMPCC 6K provides 13 stops of dynamic range whereas Canon R5 offers 12 stops for the same. Having more room in dynamic range is always beneficial for post-production.