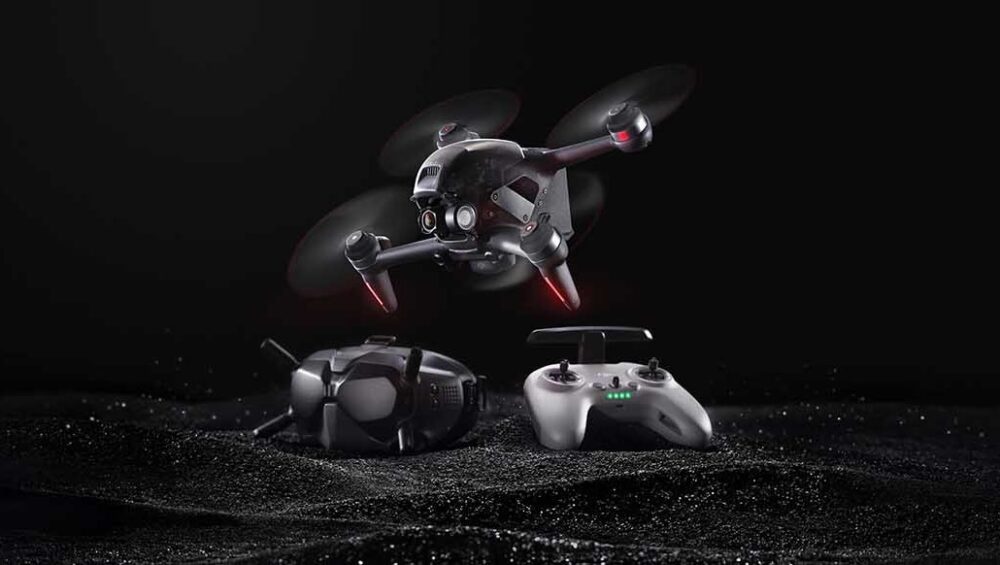 DJI (Da Jiang Innovations) is a Chinese technology company that invents outstanding innovations worldwide. As we know, DJI launched various drones, and its most notable innovation is DJI FPV.

FPV is one of the fortunate FPV combos with an FPV drone, remote control, FPV goggles V2, and all required cables and one battery. The first actual thing is that it can shoot 4K videos up to 60 frames per second and shoots 1080p at 120 frames per sec, which is an unusual creature in it. The great thing related to DJI FPV is that it is going to work out of the box. It will work with just Charge DJI FPV goggles V2, install the DJI Fly app, and update the firmware. Then it’s ready to fly. And is significantly upgraded to all the DJI drones. It’s awesome to hear that it has inbuilt different flight modes.

Preferring a drone camera can definitely be challenging, but we provide a remarkable DJI FPV price in Pakistan. Whenever you are outside shooting the wide landscape, DJI FPV will be the best suite according to its specifications.

As it’s clear that every modern technology is going to be released, lots of rumors spread through insiders of the company. It is believed that the DJI FPV drone is certainly a neat consumer-level FPV drone. That is also the wandering rumor that the goggles provide reliable long-distance low latency transmission.

The DJI FPV is also the first integrated FPV drone that allows pilots of all abilities the choice a flight mode that matches their skill level. Modes include:

Normal (N) Mode: During N mode operation, DJI FPV operates similar to other DJI drones, hovering in place with the use of GPS and/or visual positioning systems (VPS) on the bottom of the drone. The most approachable flight mode, N mode allows for obstacle detection sensors on the front to be activated to warn when obstacles are near and slow down. Pilots are tasked with maneuvering the drone away from any detected obstacles.

Manual (M) Mode: Take full control over the drone with M mode which is designed for more experienced users. While in M mode, all sensors and hovering features are disabled.

Sport (S) Mode: A new hybrid blend of M and N mode, the S mode offers some of the dynamic movement capabilities that come with M mode along with some of the key safety features of N mode. S mode is the middle step between the three modes and developed to give pilots more room to explore their skills as they get accustomed to the drone.

The most exciting rumor that has been leaked about DJI FPV is about its controller. It is been assumed that it looks like the FPV’s remote control might rely on new technology to control the drone. Instead of using controller sticks, the drone would be controlled by how the remote control is moving through space.

One of the biggest rumors is that we can easily connect more than one to eight goggles with one drone. So more people can easily share the pilot’s view. DJI high-performance motors that can easily take their standstill to 100kph just within two seconds.
DJI FPV has three modes: Normal mode, Manual mode, and Sport mode. DJI also records 4X slow motion in 1080/120p. DJI FPV Video can be saved in H.264. Apart from the rumors, It will have an auto-land feature

When DJI introduced drone automatic breaking to their Phantom range, it was a major innovation and probably one of the drones’ biggest safety updates.

Due to the unprecedented speeds achieved with the FPV, new emergency brake and hover features have been added.

GPS-based geofencing has been enhanced, advising pilots of airspace restrictions and potential hazards; this will also automatically prevent drones from flying near certain high-risk locations, such as airports.

A relatively new addition to the DJI drones is the AirSense ADS-B receiver which automatically alerts pilots if planes or helicopters are close by.

Safety of drone use is a huge priority for DJI, and the enhanced emergency brake and hover, ADS-B, VPS, failsafe return and geofencing are all designed to ensure that the DJI FPV is as safe to fly as possible.

The DJI FPV Fly More Kit is priced £259 / €279 and includes two additional batteries and a dedicated charging hub. You can also buy a separate Motion Controller for £139 / €149.

There are lots of rumors about the DJI FPV release date. However, the DJI FPV is released in March 2021. It is clearly observed that the price just depends upon the unique features of their outstanding specification.