Blast From the Past: 7 Photography Projects That Still Look Good Today 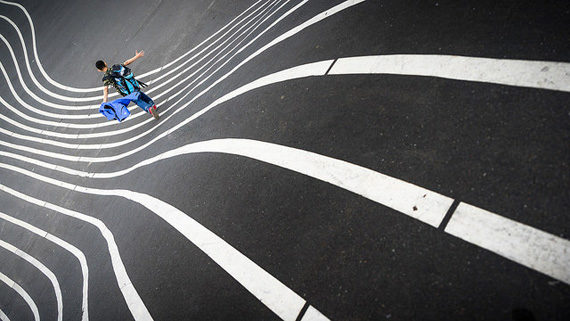 Everything moves at a fast pace in the digital era. What’s relevant today is forgotten tomorrow. Photography is no different. With so many photographers around, publications are constantly delivering new and exciting work to their audience. But as new work emerges, previous work doesn’t need to lose its value.

Before we get into the work, be aware that all the photography projects you see below have been previously featured on The Phoblographer. We’ve had countless submission over the past 11 years, so picking this list wasn’t easy. But we’re happy with the fantastic work we’re about to share with you. And we know you’ll be happy too!

We published the work of Sarolta Ban way back in 2014. Based in Budapest, Ban created dreamlike images that offered the cuteness of animals and the important message of the cause. Ban sold her work in print, and $50 of every order she received went to an animal shelter. Great work for a wonderful cause – we were proud to be a part of it.

Luc Kordas‘ wonderful black and white street photography project caught our attention back in 2015. His work began three years before that. In 2012 he began focusing more on the Hasidic community. He told us, “…one day I arrived in Williamsburg and instead of turning left for the hipster part, I turned right to the Hasidic part because that seemed more interesting.” We love how real his work is. There’s no agenda, just pure documentation. Fantastic.

Looking at photographs made by Estabrook was like looking at poetry on a page. Sure, he tackles the struggles of life. But he portrays them with so much creativity that the viewer will become gripped by his message. Working out of South Korea, Estsabrook became close and intimate with the nation’s people. Often seen at protests and rallies, his images act as a voice for the millions who want to be heard.

It was only a couple of years ago that we first published this work. But coming across it again made it feel it was worth another feature. Serra offers images that take light painting to a new level. They don’t feel cliche, but instead, they’re fresh and unique. He told us, “It started as a hobby that soon developed into a conceptualised way of approaching new things.” That hobby led to great things. The work shown above was part of an album cover for City Number Nine.

5. Maryline Rivard and Her Conceptual Portraits

Rivard creates majestic self-portraits. On her main motivation for the work, she told us, “I think it is important to show a certain vulnerability in a world where we constantly struggle to show that we are perfect, strong and powerful.” Her camera is certainly a mirror for the range of feelings and thoughts humans have about themselves. We really enjoyed spending time with Rivard’s work.

Seyler was only 21 years old when we featured him. Although so young, he offered a body of work that suggested he was a photographer well into his later years. A budding music and concert photographer, Seyler nails the art of documenting the excitement and chaos of the music scene. He told us his main motivation for his work isn’t money, “…I could probably count on my hands and feet the amount of times bands actually paid…” he says. Instead, he does it for his love of music and the community vibe that comes with it.

Schaefer was still in the early phases of developing his trade back in 2015. But even still, we became instantly attached to his style of portraiture. His frames offer a retro vibe. There’s no over-editing, and his subjects seem to reflect their authentic selves. Strong work, and we’re happy to see he’s still keeping active

For more information or guidance on this you can contact us.