Is Fujifilm Growing Out of the Brand We Love? 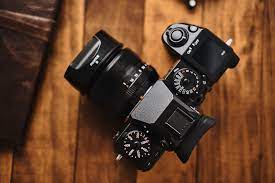 Mount Fujifilm X is celebrating 10 anniversary this year – and in such a small natural environment, what they have been able to accomplish is amazing. Having said that, we acknowledge that recent years have not brought as much new art as we once thought. And some movements even left us wondering where the product was going.

Firmware is probably one of the most frustrating subjects in the Fujifilm community. Some film adaptations are limited to specific body parts. And if we understand the need for market segregation, the X-Pro 3 has not received much love since its launch despite being the most expensive on the list. Worse still, the X-T30 II is a huge departure from what we were used to.

Coming from the 5D Mark III, the X-T2 was a piece of heaven. I can go on and shoot for a long time without cursing my heavy bag. Moreover, it was relatively simple, almost invisible, and it never called out “experts.” This is what it did for me.
These days, Sony can offer you a f2.8 trinity that competes heavily with Fujifilm while closing the sensor almost twice as big. If that’s a little rich in your blood, you can almost measure the depth of the field with a Canon RF f4 trinity (which makes your bag even easier on the same budget) or look at Tamron’s offering on the Sony FE mountain. A similar argument can be made while watching the Sigma series when processing primes.

The Fujifilm Superbowl is near. With the X-summit later this month, we already heard 40MP sensor reports. As much as I love megapixels, how many of us will actually benefit from a 40MP body that two-thirds of the lens would not really light up? An important part of the current system is the 16MP sensor designed and already showing limits on the current X-trans IV. Sharp lenses and reliable autofocus will do more for image quality than a soft and predictable DC car in the upcoming X-H2. We need more in that new LM glass.

I think 8k is meant to keep Fujifilm important in the specs race and attract new users. But I would love to see them speed up the refreshment of their lenses, especially the pro zoom as those lenses need to be smaller and give better details. I would love to be able to focus on them as honestly as I can on my Canon, tracking accurately and picking up a face where there is actually a face and not in the trees. I would love to have a standard 4k without pulse, fixed breathing, noisy DC motors, or IBIS. And PLEASE, I would like to see some of these X-H2 features delivered to both my X-T4 and my X-Pro 3 with firmware.

With a limited market share, there is little chance of you seeing Fujifilm compete with Canon and Sony in R&D and okay, they don’t. It used to be about a small package with user information. Fujifilm needs to get back to that. Let’s hope that while we are shooting new customers, they are not just separating from those who are already in the cage.