Mirrorless Vs. DSLR Cameras? What is a Better Choice for You? 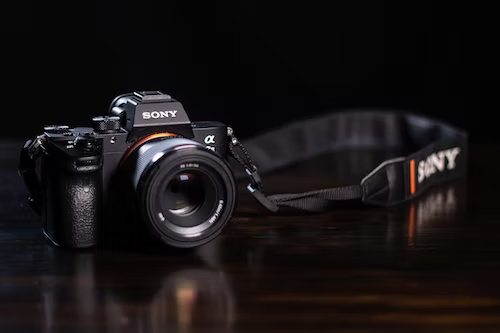 When mirrorless cameras first appeared in 2009, they became a potential rival for the mighty DSLR—the current photography king by popular opinion. A violent debate then ascended within the photography world about which is better: DSLR vs. Mirrorless Camera? And the dispute causes constant updating. Mirrorless cameras stay to get improved at starting speeds. Both mirrorless and DSLR cameras continue to advance and improve with the latest camera technology advancements.

So, let’s return to the blog and learn about the difference between mirrorless cameras and DSLRs. By the end, you should know whether a mirrorless digital camera or a DSLR is better for you.

DSLR, or digital single-lens reflex, is the digital version of a film SLR (Single Lens Reflex) camera. It uses a digital imaging sensor in place of photographic film to capture images. Through the lens, light enters reflected off a mirror in the camera body that bounces light into the optical viewfinder. The mirror flips down and exposes the digital sensor by clicking the shutter, which absorbs the light and captures the image.

In a mirrorless camera, the absence of a mirror makes it impossible to observe the image through the optical viewfinder naturally. However, the imaging sensor gathers all the data, performs the metering and focusing functions, and translates the data in real-time to a digital screen through electronic viewfinders (EVF).

To thoroughly compare mirrorless vs. DSLR cameras, let’s take a look at how they differ when it comes to basic camera specs and features:

One of the main reasons for a mirrorless camera to take over a DSLR is its portability and significantly lighter body weight. But that’s not always the case because most mirrorless lenses come with a weight about the same as DSLR lenses. So, when you have adapted to using many large lenses, the better option would be the bigger and heavier of the two cameras because it would be much harder to balance the heavy lens with the lightweight camera.

DSLR cameras are typically vaster and more heavyweight than the mirrorless camera as they require fitting a mirror and its housing, a pentaprism, and a secondary autofocus mirror in addition to other parts of the autofocus system.

Mirrorless cameras can capture much more photographs per second without moving a mirror out of the way as compared to DSLRs.

A mirrorless camera displays an image using the information through an electronic viewfinder (EVF) from the imaging sensor on a small LCD or OLED screen. This means that an EVF shows the image the sensor outputs, which can be subtly or occasionally different from the view through the lens.

Compared to an OVF, an EVF is a small digital screen that looks like an OVF but displays a digital preview of the image.

Both DSLRs and mirrorless cameras are capable of giving HD image quality. On the market, either design can use the latest full-frame sensors. After all, the size of the sensor plays a significant role in image quality. While things like low-light shooting., autofocus, and camera resolution will all factor into how perfect the final image is, neither camera has a superiority over the other.

If you were to compare image quality between DSLR and mirrorless cameras in a controlled setting, you would explore that they are about the same.

Understanding the technical differences between DSLRs and their mirrorless counterparts is essential when determining what camera is excellent for you—and now you know!

Golden Camera is one of the best premier names in Pakistan that provides the best mirrorless and DSLR camera. We have the latest camera brands, such as Sony and Canon, at the best reasonable price. Our Sony a7III price in Pakistan is relatively low compared to other online retailers. So, get in touch with us now, and buy your next camera from us!

If you are looking for the best camera gear or cameras in Pakistan, then you are at the right spot! Contact us and get your choice of camera.