5.Very convenience to carry and change the power in travel

Natural Camera Led Light?LED-540A?and surreal are just different sides of the same cause and effect coin. Understanding what makes lighting seem natural makes it easier to understand how to create other desired reactions. Natural light usually comes from above, so strategies which place the key light below the face will appear to be unusual or unnatural. The brain adapts color perception in a way which makes color balance seem neutral on white clothing and faces. The eyes also adapt to brightness as they scan and usually perceive a full range of detail in most environments. Lighting a scene with a tonal range or color cast which is out of context with what would typically be expected will cause the viewer to notice the environment and make other than normal assumptions about it. It is also possible to create the impression of environmental context where none is seen in the photograph, such the look of a person standing under a streetlight at night by using a gridded flash attached to the ceiling of the studio with no fill source. 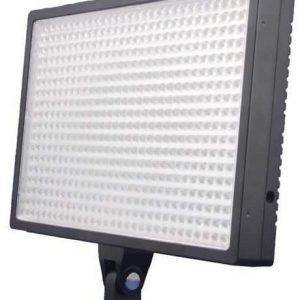