The Phantom 4 Pro+ is an intelligent camera drone from DJI which offers a 3-axis-stabilized gimbal camera. The number of pixels held by this camera is 20 MP with a 1″ CMOS sensor capability to shoot up to 4K/60fps video and also photo bursts at up to 14 fps. 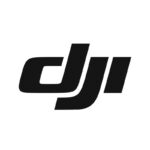 DJI Phantom 4 Pro is a fantastic technology with extensive upgrades from the previous drones. One of the reasons to buy a phantom four pro quadcopter over other drones is the camera. If you are willing to take high-quality aerial photographs, there is no better option than Phantom 4 Pro.

The included camera system features video recording up to 4K30 (4096 x 2160) in H.264 and takes JPEG and DNG RAW photos at 12MP. The camera mounts via an integrated 3-axis gimbal, providing stabilization and pan and tilt control. Backup is recorded internally to a microSD card.

The three gimbal axes give you pan and tilt control and keep the horizon line level as the aircraft banks. Different gimbal settings allow the camera to lock onto a fixed subject, be moved manually using transmitter rotaries or the app, or provide camera stabilization.

The camera features a 94° angle-of-view lens, a narrower angle than a fisheye for less distortion while still being wide enough to capture establishing shots. The lens feature is impressive, which is an f/2.8 aperture and is comprised of 9 elements, including an aspherical element. DJI Phantom 4 Pro provides a wide-angle lens that increases the horizontal field of view.

The capacity of the DJI Phantom 4 Pro is 6000mAh which is LiPo. It provided power to the transmitter. An AC adapter is included for charging the battery while in the transmitter. Four LEDs on the front of the transmitter indicate the remaining battery life or charge status.

Once recorded, photos and video footage can be downloaded directly to the phone, allowing them to be edited with complete video with music, text, and more, and shared on Facebook, Twitter, Instagram, or other social media platforms- even while the Quadcopter is still in the air. You can even stream live on YouTube if you have an Internet connection.

Drones are an astonishing invention, aren't they? For some reason, people have always been interested in flying and experiencing the bird's eye view. Maybe, because we can't fly physically, we depend on technology to do the work for us. Drones are fantastic technology that allows you to capture beautiful moments. DJI brand in Pakistan introduces a variety of drones with the best quality and stability. Here are some DJI drones available in Pakistan, so now you can capture great moments.

The Mavic mini 2 is a small and travel-friendly drone for beginners. It is travel-friendly because you can put it in the palm of your hand. The weight of this drone is almost 8.8oz, it can record up to 31 minutes, and the flight speed is up to 36 mph. If you are just getting started with capturing drone footage, we highly recommend you begin with this one.

The DJI Mavic Air 2 is a midrange drone with great features. It combines a foldable and portable frame, a high-end camera system, and a variety of accessories that help to fly speedily. The 3-axis gimbal sports a ½ inches semiconductor sensor capable of capturing 8k hyper lapse time.

You will be impressed by the drone's features when you try it. The DJI 1 inspire one pro is a professional drone that filmmakers use. The max flight time is 18.0 minutes, the payload capacity is 119.93 oz, and the max speed is 18.0 m/s. The camera resolution is 16.0 megapixels, and the max video range is 2000 FPV. The battery plays an essential role while shooting time, so it is vital to have a large capacity. DJI inspire pro 1 has a 4500.0 mAh battery capacity.

The DJI Inspire 2 has several compatible Zenmuse camera options. For professional aerial imagery and filmmaking, the Inspire 2 cameras are the Zenmuse X5S and Zenmuse X7. the weight is 7.58 lbs, including the battery. The transmission distance range is 4.3 km. Inspire two quadcopters can provide 1080p/ 720p video and a view to the pilot and camera operator. The Inspire 2 can detect obstacles up to 100 feet 30 meters ahead using its vision system while flying at or below 34 mph, which means 54 km/h, and at a controllable attitude angle of 25 degrees. 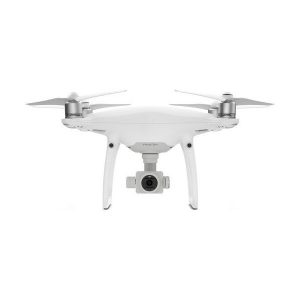