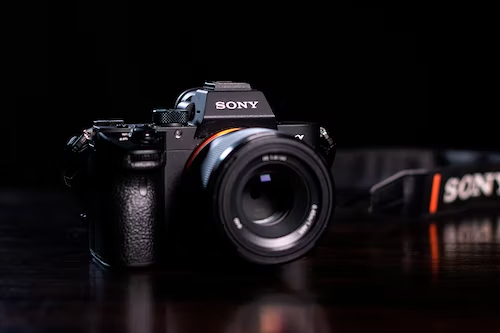 Sony A7 III was released in 2018 and became the most popular full-frame camera among photography enthusiasts. It made an essential contribution to the field because of its outstanding features. After almost four years, Sony has come up with an upgraded model Sony A7 IV. If you have a Sony A7 III and can’t decide whether to upgrade it or not, we are here for you. We have compiled a detailed review comparing the features of both. Going through our blog will make it easier for you to decide which Sony camera to buy.

Sony has improved a lot in terms of the appearance and handling of the camera. The new version is much handier than the older one. It is designed keeping in mind the comfort of the photographer. You can seamlessly switch the viewfinder by an auto switch to move from your eye to the back screen. Unlike Sony A7 III, which sometimes glitched and got stuck between the two modes, A7 IV makes the switch effortlessly. One more user-friendly feature of the A7 IV is the dedicated top record button near the shutter, making it easy for users who want to shoot photos and videos simultaneously.

The Sony A7 IV has excellent focus performance. You simply tap on an object, and it keeps the focus on it. It can be an efficient feature when shooting videos of moving objects. Sony A7 III also has an amazing focus, but the extra megapixels provided by A7 IV make it a better choice. The new processor in A7 IV makes 120 focus calculations per second, which is far more than enough to give you an idea of how efficient the tracking system is. However, a difference in focus performance and megapixels is obviously present. Still, both are ideal cameras for shooting a variety of subjects.

Sony A7 III amazed all of us with its exceptional performance at 6400, and even at 12800, its performance was satisfactory. But the new model Sony A7 IV comes with more advanced features. It has an exceptionally amazing performance at 12800 that you will forget A7 III, and it also performs okay at 25600. You will be more impressed by the fact that the resolution of the sensor has increased from 24 to 33 megapixels. Sony A7 IV has proved to be the best-performing camera in near darkness, which makes it a praise-worthy upgrade to its predecessor.

Sony A7 III’s price in Pakistan is less than that of Sony A7 IV. The price increase is justified because of the advanced features the company is giving in the new model. You have to pay the extra bucks to get more advantage. No notable feature comes without a price, so if you are willing to upgrade your photography experience, you will have to dig into your pocket and spend some extra money. However, you can enjoy some excellent photography with your Sony A7 III, too, if you are tight on the budget.

We have shared some distinguishing features to compare the two models. Sony A7 IV came almost 44 months after its predecessor and is worth the update. The advanced handling, excellent autofocus, impressive low-light performance, and attractive looks make A7 IV a welcoming update. It can be worth buying for you if you have a passion for photography and enjoy the shoots of different subjects.

Whenever you plan to buy your favorite camera, visit Golden Camera. We are the best dealers of cameras with their equipment in Pakistan. You can get the best quality cameras from us at the most affordable rates.