Sony A7 IV Price in Pakistan, Rumors and Leaks 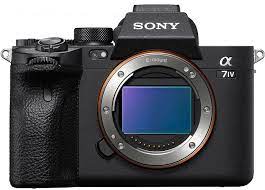 Its been 3 and half years since the launch of the Sony A7 III and it changed the game for mirrorless full-frame cameras. Though it is a good buy, still it is promptly lagging behind its newer version in some areas like its video frame rates and EVF. Sony A7 IV has a camera that focuses on the quality of the images and videos it captures

Sony A7 IV Release Date and Price in Pakistan

News from the reliable Sony Alpha Rumors is that this camera launch has been delayed from September to October.

It means the launch will come 3 and half year after the announcement of its previous version, which is a long gap in mirrorless camera terms. Whereas Sony A7C, and Sony A1  have a strong video quality.

Sony A7 IV rumors and features

There are not any big leaks of the Sony A7 IV till date, but rumors from reliable sources are coming since early 2021. Everything claimed about the Sony A7 IV, and our analysis on what is in this new significant camera is here.

Sony A7 IV rumors says that it will use a new sensor, whose resolution will be higher than its previous version.  With a resolution of 30.65MP, it is a full-frame sensor, and allows for up-to 36.6 FPS read-out. 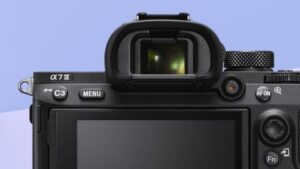 Sony A7 IV’s electronic viewfinder (EVF) will witness it, just like its previous version. Sony Alpha Rumors says that its camera will have a 3.69-million dot EVF which is below 5.76-million dot panel of Sony A7R IV, and is still better from the A7 III’s 2.3-million-dot EVF.

One of the best features of this new launch is pretty obvious – it will provide 4K video capture at 60 frames.

Any solid conclusion is not made about the Sony A7 IV’s autofocus specifications. There hasn’t launched any camera with its particular sensor till not, and AF points are linked to the sensor, because cameras like this use on-sensor phase pixels detects. 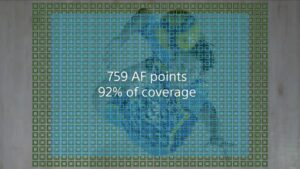 If the rumors mentioned so far would be correct, the Sony A7 IV camera seems to be in the right direction. We will likely get the same quality video abilities as we find in Canon EOS R6, also, a higher-resolution sensor that should give it an edge.

9.44-million-dot electronic viewfinder would be great, but can not at the A7 IV’s expected cost.

We are looking forward to the Sony Alpha a7 IV’s display style, though. Golden camera will update with more rumors or official information as soon as it arrives. For price and buying Sony A7 IV, please contact us.