The Right One: Why and How You Probably Bought the Wrong Camera. 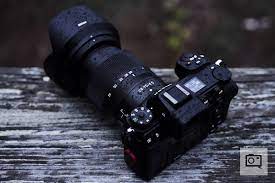 We often say there are lots of cameras on the market feel and act the same. And that’s true. In fact, many even share the same sensor. So to differentiate them all, manufacturers have tried new things. The big differences are ergonomics, autofocus, menu systems, and more. And overall, the thing needs to feel right in your hands. The right camera needs to jive with your mind. Most of all, you can’t get over buyer’s remorse.

Manufacturers say that you’ll get over it as time goes on. But that doesn’t really come true. Many years ago, I bought a Nikon camera. It just didn’t work for me. And I accepted that. But I acknowledge that they make good products despite doing so many things backward. And I also think that they do work for someone else. As a reviewer, I have to try pretty much every camera on the market. But I’ve only ever purchased into three systems. I bought Sony because of its autofocus performance and versatility. I bought Canon for the lenses. And I bought Fujifilm for its ergonomics and unique image quality. I own Leica film cameras for their unique feeling. And I’d probably buy another Leica or a Panasonic camera easily.

But I’m not like most folks. Most photographers stick to one camera system. Lots of new shooters like the marketing that Sony does. And they’re fine enough with the camera bodies. But if you’re more experienced, you’re probably not a fan of the very-computer driven interface. If you’ve shot Canon for many years, then you’ll like what the Canon RF cameras are.

And it’s totally okay to move in and out of systems. As you change, they will too. Being a creator is important. If a system just isn’t working for you, then you should move. It’s often made me wonder what would truly work for me. If I wasn’t a camera reviewer and had to start back all over from scratch, what would you buy? Would you want Sony for their small, quality lenses and bodies? Would you prefer Canon for their lens innovations? Would you want Nikon because of the feeling? Or how about Fujifilm for the look and ergonomics? Or would you want Olympus for the small size? Or Panasonic because you care so much about video?

This is a bigger reason for every camera manufacturer to try harder without violating trust. Look at phones! You can go iOS or Android. But if you go Android, you’re probably best with one system. And if you go iOS, you’re better off being in the whole Apple ecosystem.

Of course, the same goes for computers. I love Apple’s keyboards. And every time I use Lenovo’s keyboards, I want to scream. Similarly, you won’t ever really get over buyer’s remorse. It’ll just get worse.

Again, pick the system that’s right for you. Put them all in your hands. And go make mistakes.